The second division, known as Division 2, of the NCAA, is different from the first one. Even though Division 2 actually differs a bit from the first, it has a lot of great qualities that stand out. In this fascinating article, we will touch on the differences as well as some interesting facts about this division. 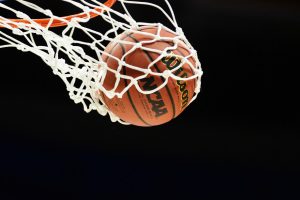 Division 2 is much smaller than Division 1. Division 1 has about 354 colleges and about 32 conferences. Division 2, on the other hand, has 23 conferences. The college division occurred in 1973. Division 1 became grouped according to the size of the colleges as well as how well they were funded. Division 2 then became the smaller group of colleges that didn’t have the size or the funds. The last division was formed based on the fact that these colleges were smaller, some private, and did not want to offer scholarships to their athletes. Division 2 also has an annual basketball tournament that showcases the athlete’s skills and abilities on the court.

Division 2 has about 300 fully-fledged members and about 20 provisional colleges. Maybe in the near future, the provisional colleges will become fully registered. The size of most of the colleges is very small. At least a third of the colleges have about 2,500 or fewer students. Two recorded colleges have a large number of students. UC San Diego has about 15,000 undergraduate students, and it is set to move up to Division 1. The second college that has a considerable amount of students is San Fraser University, which has about 25,000 registered students.

An interesting fact about Division 2 is that the team within it with the most basketball championships is Kentucky Wesleyan. This team has a total of eight championships, and its last win was in 2001.