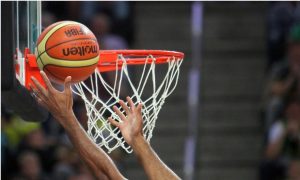 The National Collegiate Athletic Association or NCAA broke down the many teams into three different divisions in 1973. This was done in an attempt to regulate sports and to make sure everything was under control. The decision to divide into 3 was also beneficial to other institutions that were not as big and wealthy as some of the top schools in the division 1 or lacked the numbers and sponsorship to compete with them.

In Division 1, that is where most of the money is for students in terms of scholarships. Players that are exceptional on the court and in the classroom will most likely land an excellent scholarship that will be renewed annually based on sports performance as well as grades. Full ride scholarships are there, but they are not as readily available as they are made to be in movies, so students are always advised to strive to better themselves and not relax as they could lose the scholarship.

Students partake in sporting activities as extra-curricular activities. This means that these activities are part of the curriculum of the university, and so no payment should come from it. There are strict rules put in place when it comes to money and the league. The NCAA understands that most students are not as financially privileged as others and so they could do be persuaded to do just about anything for money. Things the students could be paid to do, include switching schools or not performing well against one of their rival schools. The NCAA takes matters such as these very seriously, and anyone caught could face some stiff penalties. It is, therefore, very important to follow the letter of the law as well as the rules and guidelines in order for one to avoid serious problems in the future.