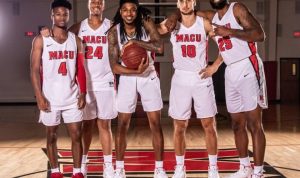 With many basketball teams being involved in leagues from different conferences across the country, it is hard to pinpoint the true champion. The stats and rankings tell one story while public opinion, media, and pundits might paint a different picture. Whenever the question of who is better in any sport is raised, this sparks a big debate. It is tough to have a room full of people actually agreeing on which team is the best or the top 10 of all time in the same order.

A few teams from each conference are going to be mentioned below. This is not a closed list and is also not written in any particular order.

Vermont is on top of the log at the moment, with 13 wins and two losses. It is an impressive form, and if the matches which were suspended due to COVID-19 are continued when the outbreak has been contained, they might have a great season.

Vermont is followed by Stony Brook that has won 10 matches in their conference and lost five.

In this conference, the competition is very stiff. This makes for great entertainment as the race is tightly contested. Kansas leads the pack having won 15 matches and only lost one game. An impressive track record so far. Hot on their trail is Baylor which has 14 wins and two losses. Kansas has to pull up its socks and remain consistent because any slip up will see them dropping points as well as position. At the bottom of the log are Oklahoma State and Kansas State who have recorded five wins and 11 losses and two wins and 14 losses, respectively. These bottom teams have a lot of work to do for them to climb up the log.